A study published online in the journal Radiology on Tuesday, August 20, found that smoking e-cigarettes can damage blood vessels and impair blood flow even if the e-liquid doesnt contain nicotine. The findings challenge long-held claims that e-cigarettes are healthier alternatives to real cigarettes. The research emerges on the heels of the Center for Disease Controls statement on August 17 that it would be investigating 94 potential cases of severe lung illness in 14 states mainly among adolescents and young adults which appear to be connected to vaping. Some of those affected have even been hooked up to ventilators, the Washington Post reports.

Use of e-cigs has risen sharply among teens since they burst onto the market more than a decade ago, according to WIRED. In fact, a US Surgeon Generals advisory notes that vaping increased 78% among high school students between 2017 and 2018.

E-cigs turn the liquid in the cartridge into aerosol, which then gets inhaled into the lungs, according to a statement from the University of Pennsylvanias Perelman School of Medicine, whose researchers led the study. Their paper notes that this liquid often contains nicotine, flavorings, propylene glycol, and glycerol; the latter two ingredients help create a vapor similar to smoke, according to Consumer Advocates for Smoke-free Alternatives Association, a nonprofit focused on raising awareness of the benefits of e-cigs and other smokeless cigarette alternatives. 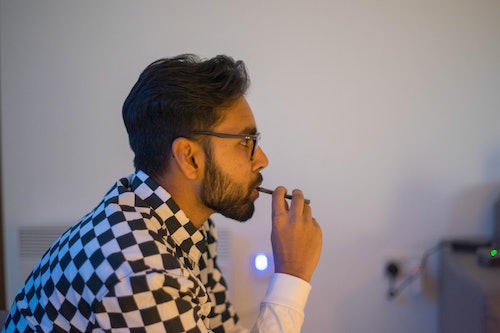 Nicotine is known to be extremely addictive and have wide-ranging harms that extend to the heart, lungs, kidneys, and numerous other organs. But few studies have delved into the health effects of other e-cigarette ingredients, WIRED explains.

To that end, the researchers investigated the short-term effects of inhaling e-cigarettes that contained propylene glycol and glycerol, but no nicotine. Thirty-one adult volunteers (who had no history of smoking or vaping, or cardiovascular or neurovascular disease) took 16 three-second inhalations from the nicotine-free e-cigs. Before and after the volunteers vaped, the researchers used a blood pressure cuff to measure how fast the blood flowed through their femoral arteries and veins, which run through the thigh. They also took MRIs of these blood vessels.

Vaping reduced peak blood flow by 17.5% and venous oxygen by 20%. It also damaged the endothelium of the femoral artery, the layer of cells that lines the inner surface of blood vessels.

We did expect an effect, but we never thought the effect was as big as what we found, Felix W. Wehrli, a professor of radiological science and biophysics at the University of Pennsylvania and the principal investigator of the study, told WIRED.

These changes peaked one to two hours after the volunteers puffed on the e-cigarette, but their blood vessel function returned to normal six hours post-vape session. Vaping several times per day may have chronic effects, though. In the long-run, damage to the endothelium can thicken and stiffen arteries, which could restrict blood flow to the brain or heart, and lead to a stroke or heart attack, per the University of Pennsylvania.

In an email to WIRED, however, e-cigarette company Juul pointed out that the 16, three-second inhalations participants were asked to engage didnt reflect how consumers actually vape. Still, they bolster growing evidence of the negative health consequences of e-cigs.

A study published in March, for instance, associated e-cigs with heart attacks and coronary artery disease, while another recent study revealed that it prevents immune cells in the lung from functioning. While the notion of e-cigarettes as a safer alternative to the real thing seems tempting, the research so far suggests that it may be too good to be true.