“Liquid calories – can smoothies lead to weight gain?” A famous study in 2000 compared the effect of lemonade and jellybeans candies. Scientists gathered a group of people who received an extra 28 tablespoons of sugar in addition to their daily diet in the form of jellybeans or carbonated lemonades. Then they measured how many calories they consumed during the rest of the day, to see if these people’s bodies will compensate for this extra sugar. Here’s how many calories the jellybeans group consumed, before the study started.

But when they ate a handful of jellybeans, their bodies registered all those extra calories, so they eventually ate less food during the day. So even when they were added calories from jellybeans, continue to consume almost the same number of calories – before and after adding jellybeans to their diet. But in the lemonade drink group, here’s how much they started eating and despite all the added calories from a can of lemonade, they were drinking every day, they continued to eat approximately the same amount of food. So, along with the extra calories they got in lemonade, it’s no wonder they started after a month drinking lemonade to gain weight.

Their body did not seem to recognize other calories when they were in liquid form, so it did not compensate by reducing appetite, that would make them eat less for the rest of the day. This lack of regulation can be used to our advantage, if you want to get fat, scientists suggest. But what if you don’t? If you drink a smoothie for breakfast instead of having a normal meal, your body will think you missed breakfast, and will make you have such a great appetite at lunch, that you eat more than usual to gain weight? Okay, let’s first say this effect is fixed vs.

Liquid calories real? Lemonade and jellybeans are not just different in physical form – they also have different compositions. This is the problem of many such studies. They use different foods. Like this study comparing a liquid breakfast with a fixed breakfast. For breakfast they were given either fruit juices and skim milk, or oatmeal with blueberries and apples. And, behold, the subjects were less hungry for porridge. Oh no.

This is not an example of solid vs. liquid effect – these are completely different foods. If you want to test the comparison of the solid and liquid effects, you have to use exactly the same food in two different forms. Even this study was flawed. It was supposed to eat apples before eating will fill you so well that you will consume much less calories, but puree apples were not as effective. But instead of just mixing the apples, first bake for 45 minutes. This can change the way the body handles them.

I have seen all these studies, but I was not convinced that they would compare the solid and the liquid effect. And then this study was published.

Fruit salad with raw apples, apricots and bananas plus 3 cups of water to drink or take 2 cups of this water, add it to the fruit, make a fruit smoothie and then just drink the third cup of water. So it is the same food; one in solid form, one in the form of a smoothie. What happened? People felt much less filled after a smoothie. The same amount of food, the same amount of fiber, but in the form of a smoothie, like eating fruit in natural form. We originally thought it was due to the absence of chewing. The act of chewing itself can be a signal of satiety and a signal that we’ve had enough. And when you compare 35 bite chews with 10 bite chews, if you tell people to eat pasta until they are pleasantly saturated, those who had to chew one bite 35 times ended up as they ate about a third cup less pasta.

So here we have it: we have evidence of a solid and liquid effect. We have a mechanism, and as is often the case in science, just when we have everything neatly wrapped and tied with a ribbon, a paradox arises. In this case, it’s a great soup paradox. Soup mixed into puree, basically hot green smoothie made from mixed vegetables, it feeds us more, than the same vegetables in solid form.

The same food in the liquid form fed more than in the solid form. So it can’t be chewing. In fact, there is not at all does not show that any solid and liquid effect exists at all, Because cold smoothies seem to fill less, But hot smoothies fill more.

So much so that people who have soup first, eat so much less main course, that even if you add calories to the soup, they still consume fewer calories overall. So how can we explain this paradox? Maybe the fruit in the form of puree feeds much less than in the solid form, but does the vegetable in the form of puree feed more? I think you could try to make apple soup or something, but who does … 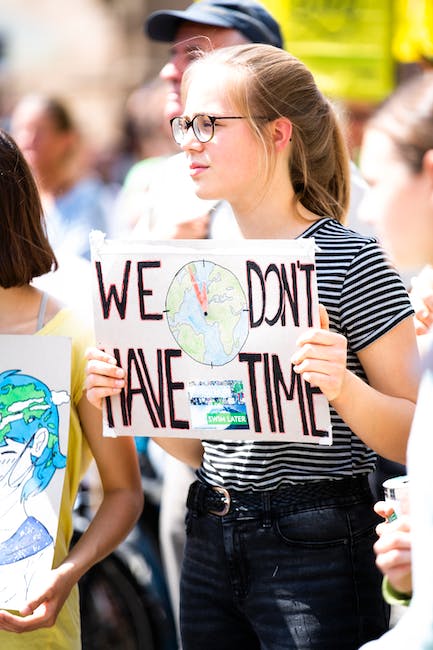 Purdue University. To prepare the apple soup, they mixed about a cup of apple juice with two cups of apple sauce, mixed in a blender and warmed up. If you have people who eat three real apples instead, they get pretty starved, but 15 minutes after they ate apples, they were almost not hungry at all.

Drinking 3 cups of apple juice did not solve hunger at all, but what about the soup that was nothing but just blended hot apple juice with apple sauce. She was able to eliminate hunger almost as whole apples, even more than an hour later, and even beat whole apples in an overall reduction in calorie intake per day. What’s so special about the soup? What does eating soup have to do with prolonged chewing, Which makes them different from drinking smoothies? Time.

It took about twice as long to chew, and think of how long it takes to eat a bowl of soup compared to drinking a smoothie? Eating more slowly reduces calorie intake. Or maybe we just imagine that the soup will feed us, and it’s like a placebo effect. Feelings of hunger and satiety are subjective.

People tend to show signs of hunger, how much he thinks he has calories, rather than based on actual calorie content If you study people without short-term memory, like in the Memento movie where they don’t remember what happened just a minute ago, they may overdose because they forgot that they ate. This shows how poor we are about our own hunger.

And it’s not just subjective effects. In this famous Mind Over Milkshakes study, when you offer people 2 milkshakes, one of which is described as relaxed – the decadence you deserve, the other as reasonable – satisfaction without guilt, people have different hormonal responses to them.

Despite being deceived and were offered the same milk shake. And maybe it was just that the soup was hot and warmer dishes can be much more satisfying. So how do we find out what the solution to the soup mystery is? Is it time, thought, or temperature? I wish this study had a third group.

They had those who ate solid food and those who drank liquid. May they also have a group that ate liquid food. And they should. They also served cold fruit smoothies in a bowl, so that participants eat them a spoon – not unlike soup – so if it was thought or temperature, this would reduce the degree of saturation drinking fluids, thanks to smoothies. If, however, what made the soup a food that fed as well as solid foods, eating was slower, then the number would approach the group that consumed solid food.

And it was exactly so high, which means that the only real reason smoothies don’t is that we drink them quickly, but if we sip them slowly and long, it will feed us as if we were eating fruit and vegetables in solid form. Wow, this study thought of everything! You only know half. They also wanted to see if it would work for smooth fat-rich smoothies. So what about almond butter or walnuts? No, LF was a liquefied fat smoothie of boiled pork belly.

I think a smoothie can sometimes effectively suppress appetite. How to make basic bread recipe